Student has not yet added Career Goals Statement 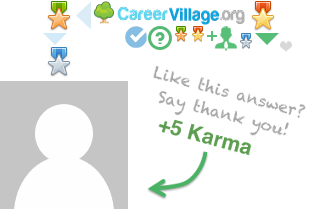 1 Question To Do Lists About Kanrry

I want to be a music therapist.

Context: I am currently an ordinary sophomore student who gets mostly A's and B's in school. Outside of school, I play French horn for the Cleveland Youth Wind Symphony. I take private lessons for French horn and piano. For the past few years, I have attended solo and ensemble competition and earned high ratings.
College: I intend to apply to New York University and get into their music therapy program. My 2nd choice for music therapy would be Cleveland State University. I'm still looking into music therapy colleges. However, while in college, I will choose something else to major in along with music therapy in case music therapy doesn't work out.
Other Education: I have yet to think about this.
Activities: Outside of school, I play piano and French horn. I play French horn for Cleveland Youth Wind Symphony Group II, Symphonic Winds. There, I hold the position of 3rd horn, first chair. I take private lessons for both instruments through the preparatory division of the Cleveland Institute of Music. Throughout middle school, I have attended The Greater Cleveland Solo and Ensemble competition(held in March) and earned high ratings(for the solos and ensembles I've played in). Last year I attended OMEA Solo and Ensemble contest(and played a French horn solo) and earned a high rating.
Job Experience: None yet.
Soft Skills: I am decent with time management.
Hard Skills: I can speak, read, and write in Chinese to a certain extent. (Simplified Chinese, though I can read Traditional, but only to a certain extent)
Other: N/A

What other instruments will I have to learn for a career in music therapy?

I already play two instruments–piano and French horn. I have yet to be able to master French horn to a certain extent. The piano is going well. I'm just interested in knowing what other instruments I'll need to learn for music therapy. #music #music-therapy #instrumentation...